In summer 2011, the City of San Diego opened its doors to a facility that is testing whether it can provide a new, local source of water for San Diego. Located in northern San Diego, the Advanced Water Purification (AWP) Facility is a small-scale, state-of-the-art facility that purifies one million gallons of recycled water every day to a level similar to distilled water quality. Since opening, hundreds of people from all over the world have toured the AWP Facility which is one component of the City’s Water Purification Demonstration Project that is examining the safety and cost of purifying recycled water. If this project is approved to go full-scale, the purified water would blend with imported supplies at San Vicente Reservoir and become part of the City’s drinking water supply. Throughout this entire test phase, purified water is not sent to San Vicente Reservoir or the City’s drinking water system; instead, it is added to the City’s existing recycled water system.

San Diego is examining water purification as a means to develop a locally controlled, supplemental water supply. San Diego’s semi-arid region is at the end of pipelines that bring imported water from hundreds of miles away. The City needs to develop local, reliable water sources to lessen its dependence on expensive and limited imported water supplies.

“Our City has been both creative and aggressive in trying to diversify our water supply. The less we rely on importing water from outside San Diego County, the more we control our own destiny,” San Diego Mayor Jerry Sanders said. “A locally produced supply of water could be an important option for us.”

All wastewater in San Diego undergoes treatment to remove harmful contaminants, making it safe enough to be discharged into the ocean.  Some wastewater is diverted to the City’s recycled water facilities, where it is further treated and then used for irrigation and industrial purposes. A portion of the recycled water produced at the North City Water Reclamation Plant is sent to the AWP Facility. 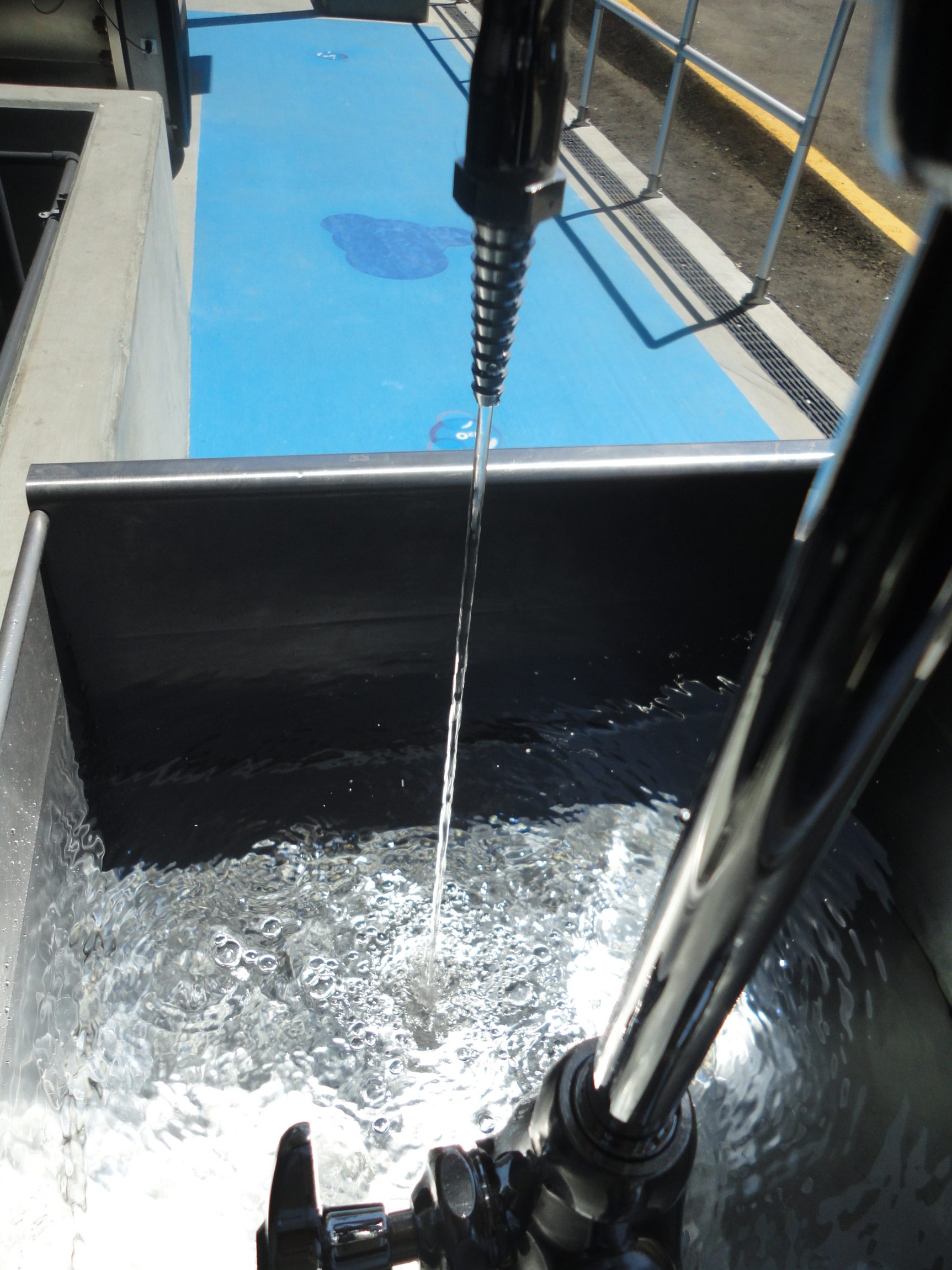 To become purified water, the recycled water undergoes a multi-barrier purification process, which removes or destroys all unwanted materials in the water and produces one of the purest supplies of water available anywhere.  The process also includes continuous water quality monitoring where the City thoroughly examines the safety of the water through laboratory tests and computer analysis to ensure that it meets drinking water quality standards.

The results of the project’s data collection will determine the safety and cost of a full-scale water purification and reservoir augmentation project. After the test phase is complete, the Mayor and City Council will decide on implementing a full-scale project.

“This Demonstration Project will provide the answers San Diego needs before taking the next step with purified water,” said Mayor Sanders. “We owe it to our citizens to see if we can come up with an alternative source of local, safe and relatively inexpensive drinking water.”

The same water purification process is already used around the world from Singapore to Belgium to Australia. Just north of San Diego, Orange County operates the world’s largest water purification plant. The Orange County Groundwater Replenishment System produces up to 70 million gallons a day of ultra clean water for nearly 600,000 residents and for many businesses and attractions, including Disneyland. The purified water is injected into the county’s drinking water aquifer. This facility is being expanded to produce an additional 30 million gallons a day.

Visitors are encouraged to tour the City of San Diego’s AWP Facility to gain a better understanding of the Demonstration Project and what role the AWP Facility plays in the testing phase. At the end of the tour, guests view the purified water produced at the facility and have a chance to visually compare it to drinking water and recycled water samples. 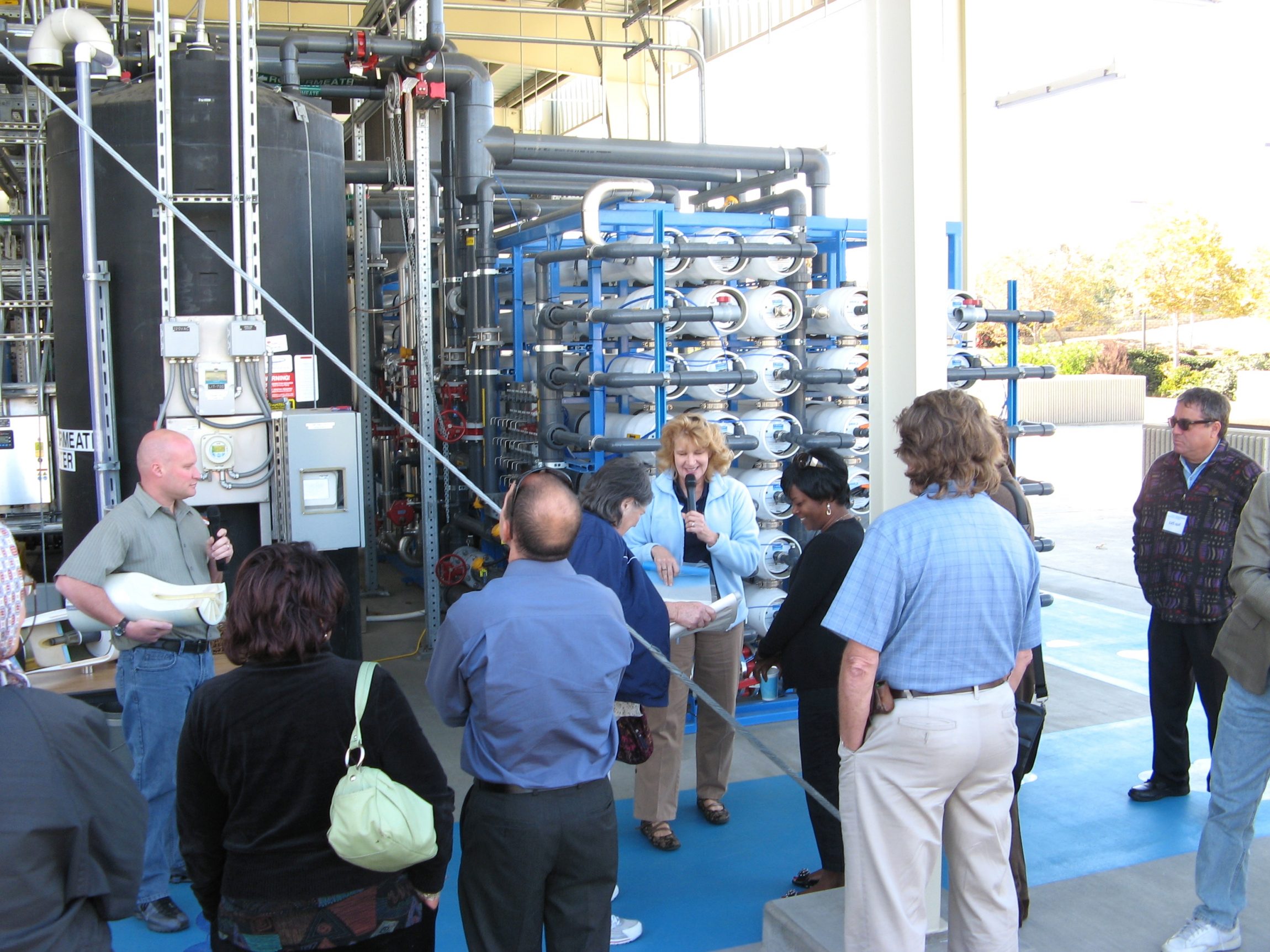 Click here to register online for a tour or view a virtual tour of the AWP Facility online at www.purewatersd.org. To request a Demonstration Project presentation for an organization, email purewatersd@sandiego.gov or call (619) 533-6638.