Today’s post comes from Jemma De Leon, whose 16 months as ILACSD’s Community Events Coordinator left a lasting impression on our staff and the thousands of volunteers she came in contact with. We know that she is moving on to bigger things, but her dedication to the environment and her quirky sense of humor will be greatly missed by all of us here at ILACSD!

“ILACSD hosts many events throughout the year, for which their successes all greatly depend on the participation of volunteers.”  If that at all sounds familiar then you’re likely a recipient of one of my MANY letters of appreciation that I sent out over the course of my 16-month stint as Community Events Coordinator.

Now I’m one to sometimes be jaded (there’s a reason I’ve been compared to Daria by many a child of the 90s), somewhat balanced by an unhealthy appetite for a heavy workload and expediency.  But I have never lost appreciation for the thousands of volunteers that I have had the pleasure of working with through our ongoing programs and monthly events.  Even though ILACSD has a top-notch staff, our impact would be nothing without the throngs of volunteers (you guys!) that pull themselves out of bed early for our weekend events.  I was always touched by, not only the dedication to environment that volunteers exhibited, but the daily reminders that there are awesome people in the world with go-get-‘em attitudes, kindness, and dedication. 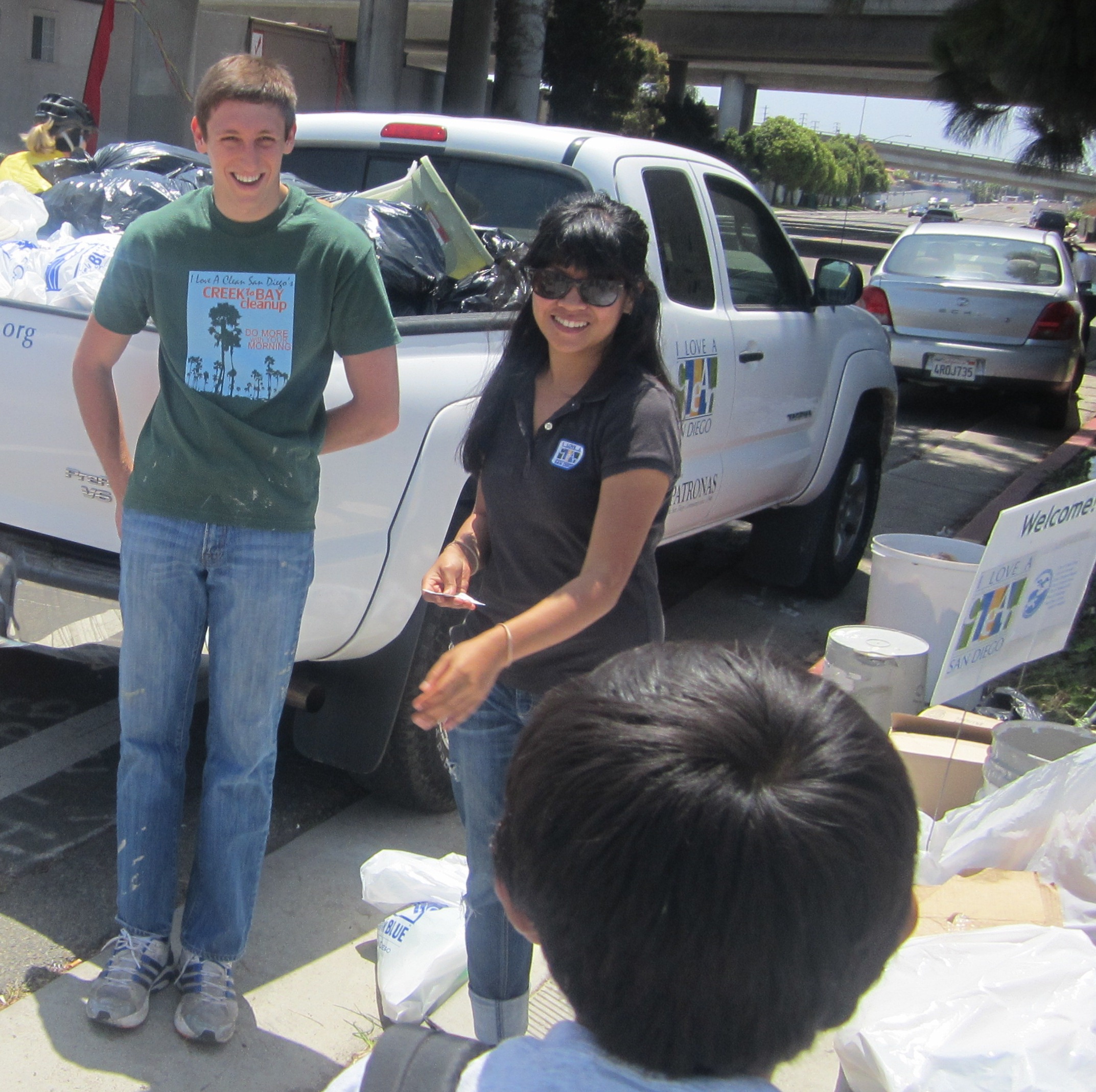 I remember my first official day as I transitioned from intern to in-office staff member.  It was a disposal event in National City, for which people started lining up as early as 6AM to drop off large trash items like building materials and old mattresses.  Sandwiched in the queue of overflowing pickup trucks was an older gentleman who opted to shuttle his items back and forth on a dolly from his nearby home, adamant that he wait his turn like everyone else. I was beyond ecstatic to later see a father-son team in line offer their truck, saving him several dolly trips to our dumpsters. More than a year later, this image still resonates with me.

More recent was June’s Tijuana River Valley Cleanup.  The tire crew, which included far more than those pictured, was so enthusiastic, eagerly chasing me down to report the latest tire stash sighting that needed to be hauled in the ILACSD truck.  (If the opportunity ever presents itself, try lifting a sand-filled tractor tire into a truckbed. Then you will understand the definition and necessity of teamwork.) I was also humbled to learn that one of our regular volunteers had spent more than two hours on public transportation to attend our cleanup.  You know who you are, and I still think you’re amazing.

These are only a few of the standout moments that have punctuated my time at ILACSD. I describe them, in part, as a ruse to avoid talking about myself, but mainly a necessity since it has been the volunteers that have defined much of my growth over the past year and a half.  My next move will be to London, where I will marry my passions for urban design and environmental safekeeping by pursuing a master’s degree at the London School of Economics.  I only hope to meet some equally awesome people there as well.  I leave SD confident in the ILACSD team (the staff and interns alike) and excited/anxious to see what awaits me abroad!

One response to “Volunteers Make the World Go Round”