This past weekend, ILACSD hosted an event—my personal favorite—called Cupid’s Cleanup. The grand totals are pretty impressive: 231 volunteers joined us on the lawn outside of the PB Taylor Library to do a street-sweep cleanup of Pacific Beach’s streets and alleyways—an often neglected part of this coastal community—and removed nearly 500 lbs of debris (359 lbs trash, 128 lbs recyclables) in under 2 hours. 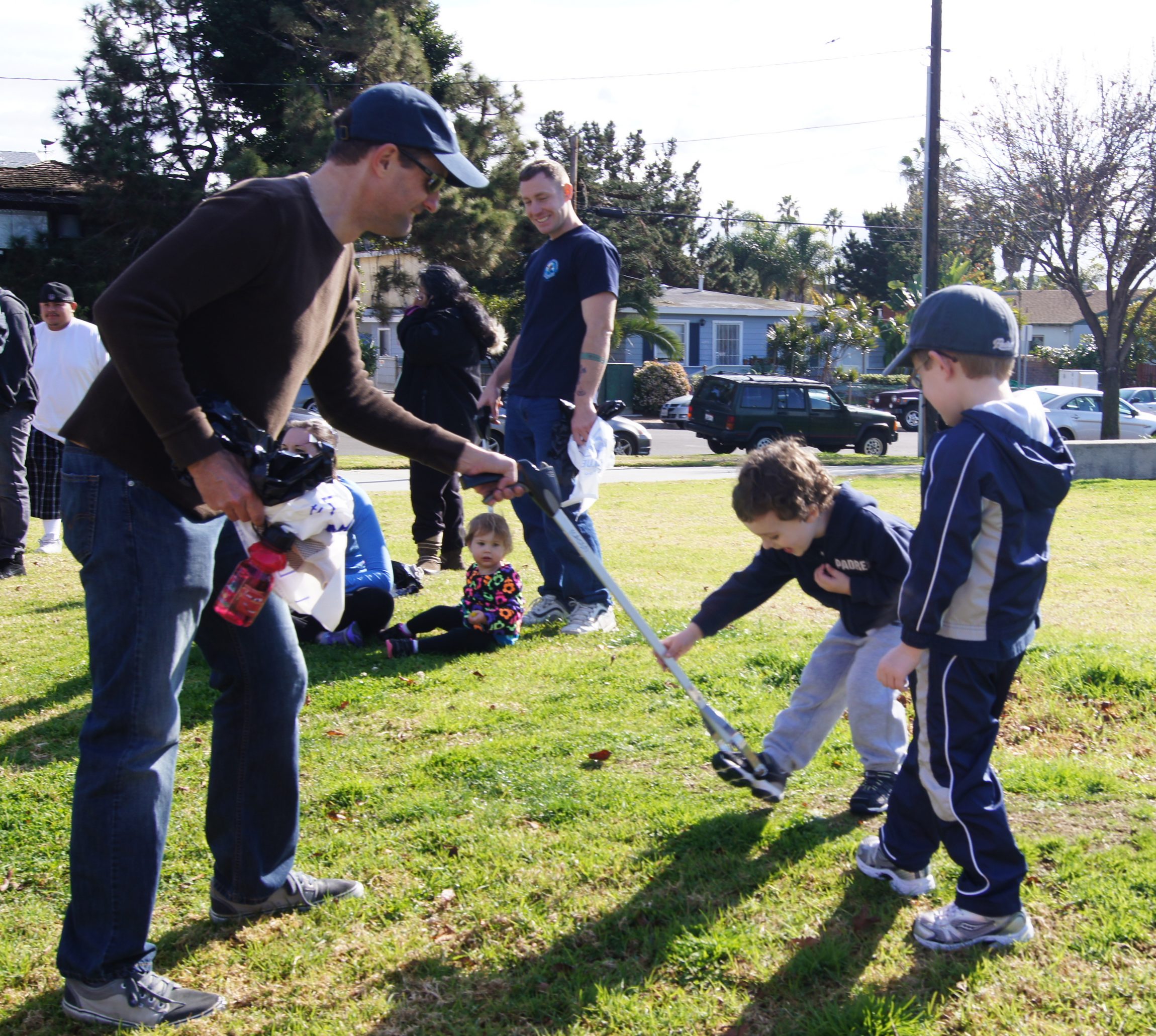 Volunteers were briefed on the importance of removing trash from our communities before it reaches the ocean and becomes a serious threat to the health of our marine ecosystems. They learned how trash can travel for miles through our storm drain system and be mistaken for food by sea creatures; armed with this knowledge, they took to the streets to fill up their trash bags. 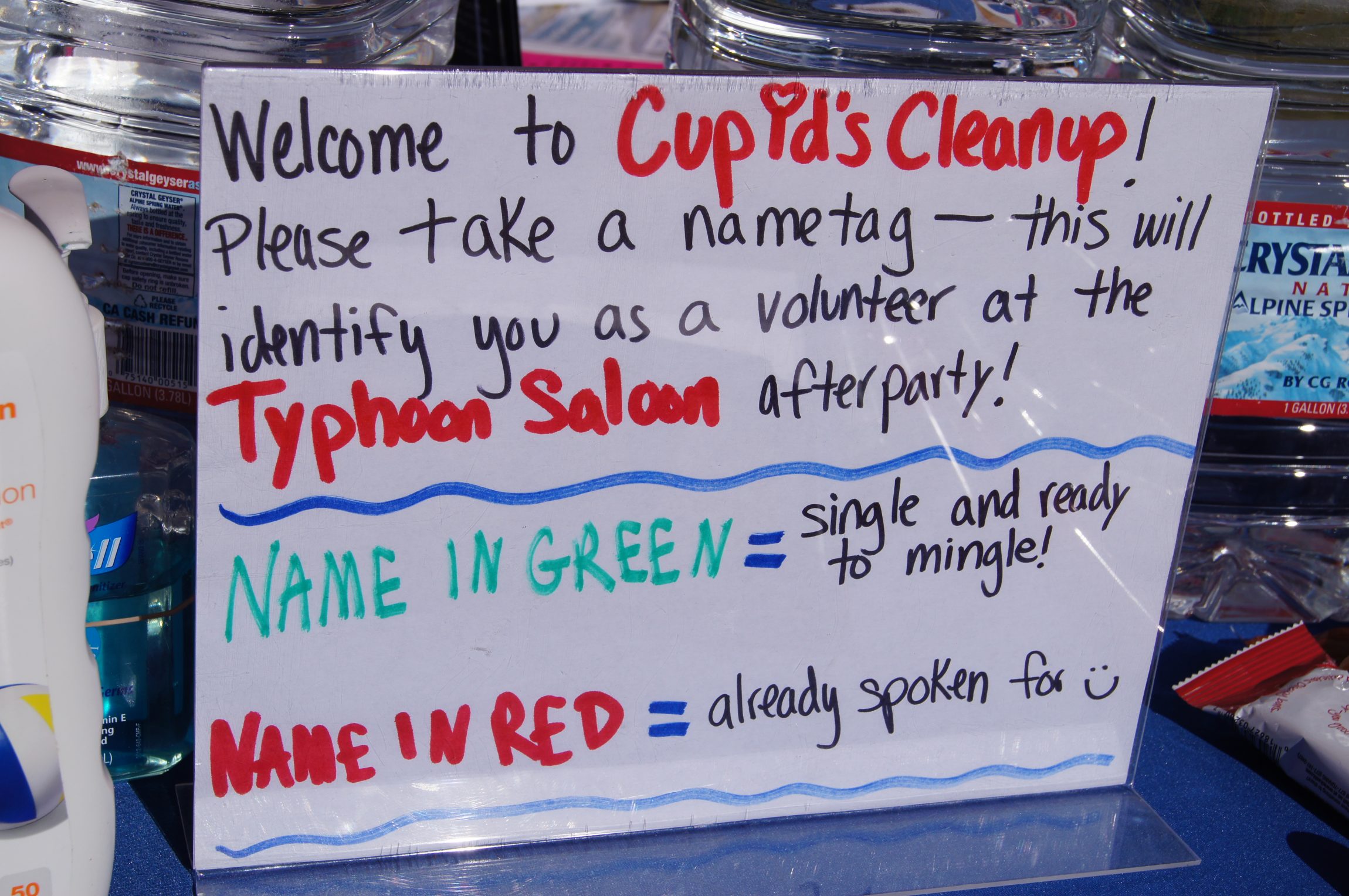 As this is our take on a “singles mingle” event, we decided to have a little fun with our volunteers: everyone wrote his or her name on a nametag either in green (single and ready to mingle!) or red (already spoken for). We can’t say for sure if sparks were flying between our volunteers, but it wouldn’t be the first time—two volunteers met at this cleanup in 2007 and eventually got married!

Our staff was taken aback by the overwhelming support and gratitude we received from people in the neighborhood. We had several walk-up volunteers who saw us on the lawn and decided to join us, and lots of people were asking how they could get involved with our future events (my answer: email me!)

After the cleanup, many volunteers walked over to Typhoon Saloon to join us for an after-party, where volunteers could win prizes for guessing our trash totals for the day. You can see photos from the event in our Facebook album.

Looks like fun, right? We’re jam-packing our 2013 schedule with cleanup events, so check back often to see where we’ll be next!