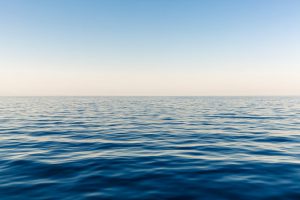 You may be wondering where the salt goes after desalination? You might think that it wouldn’t be harmful at all to where it’s put, right? After all, “It’s just salt”.

Desalination is the process of removing salt from ocean water to make it pure and drinkable (Desalination by reverse osmosis). A desalination plant is where this process is done. They collect the water from the ocean and remove the salt.

Most of the time they put whatever is left of the “Salt” back in the ocean at some distance from the desalination plant (Answers Corporation). This can be very harmful considering that the salt can become a chemical that can be difficult to break in the process of desalination (Green Garbage Corporation). Some plants like the Tampa’s Plant, in Florida, have found a different way to dispose of the brine. The Tampa’s Plant has discovered a way to use the brine as energy. They use brine to produce part of the energy for desalination. I don’t really understand why they don’t share their amazing discovery with the rest of the facilities.

Plants like the Tampa’s Plant are located next to waters with a high energy swell. When the salt/brine go back into the water it will mix better. An energy swell is a powerful large pushing movement. The further away the salt goes, it goes into a pipeline. This pipeline helps reduce the effect that the salt and brine can cause onto sensitive marine life. It acts sort of like a filter that takes the brine away from some sensitive marine life like seagrass and reef systems.

How It Can Affect the Environment

Putting the leftover brine in the ocean can be very harmful (Marine Impacts). The brine is so rich in salt that it can contaminate any environment it is placed in. This can also damage the plants and animals around it. If the Tampa plant would just share their idea, the brine would stop killing plants and animals. If they came up with this idea and don’t share it with other desalination plants, then is it really any use to the environment?

There are also some more effects that can harm the bottom of the sea (Green Garbage Corporation). When the salt is filtered from the water it is put aside as “Waste Water”. The water is heavier than the sea water so if it is incorrectly put in the ocean then it would sink to the bottom in calm water from the lack of oxygen. It will come down in a plume of salty water that can kill organisms and animals at the seabed. This is terrible because some microorganisms live deep in the water and can get killed. Some of these microorganisms help the temperatures of the planet stay low by producing oxygen through photosynthesis.

Thank you for reading this now you know where the salt and brine goes and how it can affect us. Now, remember that it’s not “Just Salt.”

Regan is a 6th grade student at HTMMA on the Brady/Joy/Grace team. She enjoys writing, art, science, reading, and dancing. She really hopes that you found this helpful and enjoyable. Thank you!

This article is originally posted on the HTMMA “Are We All TIDE Up, Or Do You CURRENT-ly SEA the Problem?” Project Page and is reposted here with permission. Check out the entire collection of articles from the HTMMA students here.