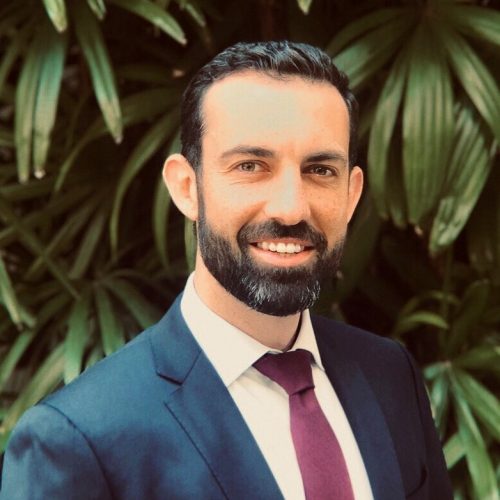 Jake Harrison is a Financial Planner at a local Ameriprise Private Wealth Advisory Practice where he works with individuals and families to plan for and invest in their financial futures. Jake is proud to be involved with ILACSD as the Board Chair and former Board Treasurer because he is passionate about the environment and believes in ILACSD’s focus on educating the community. Jake and his wife were first introduced to ILACSD by attending Kids’ Ocean Day and now look forward to it every year along with all of ILACSD’s other great events and cleanups. 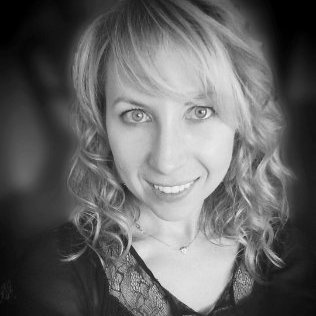 Marina Kasa is a sustainability professional with 10 years of experience in environmental issues, sustainability, and project management. She currently manages corporate sustainability initiatives at Sony Electronics, including strategic efforts towards a zero environmental footprint by 2050. With a Master’s in Environmental Science and Management, Marina strives to make a positive environmental impact in all aspects of her life, including conscious consumption and engaging in opportunities to better the local environment. She is a San Diego native, and enjoys spending her spare time hiking, camping, and playing beach volleyball. 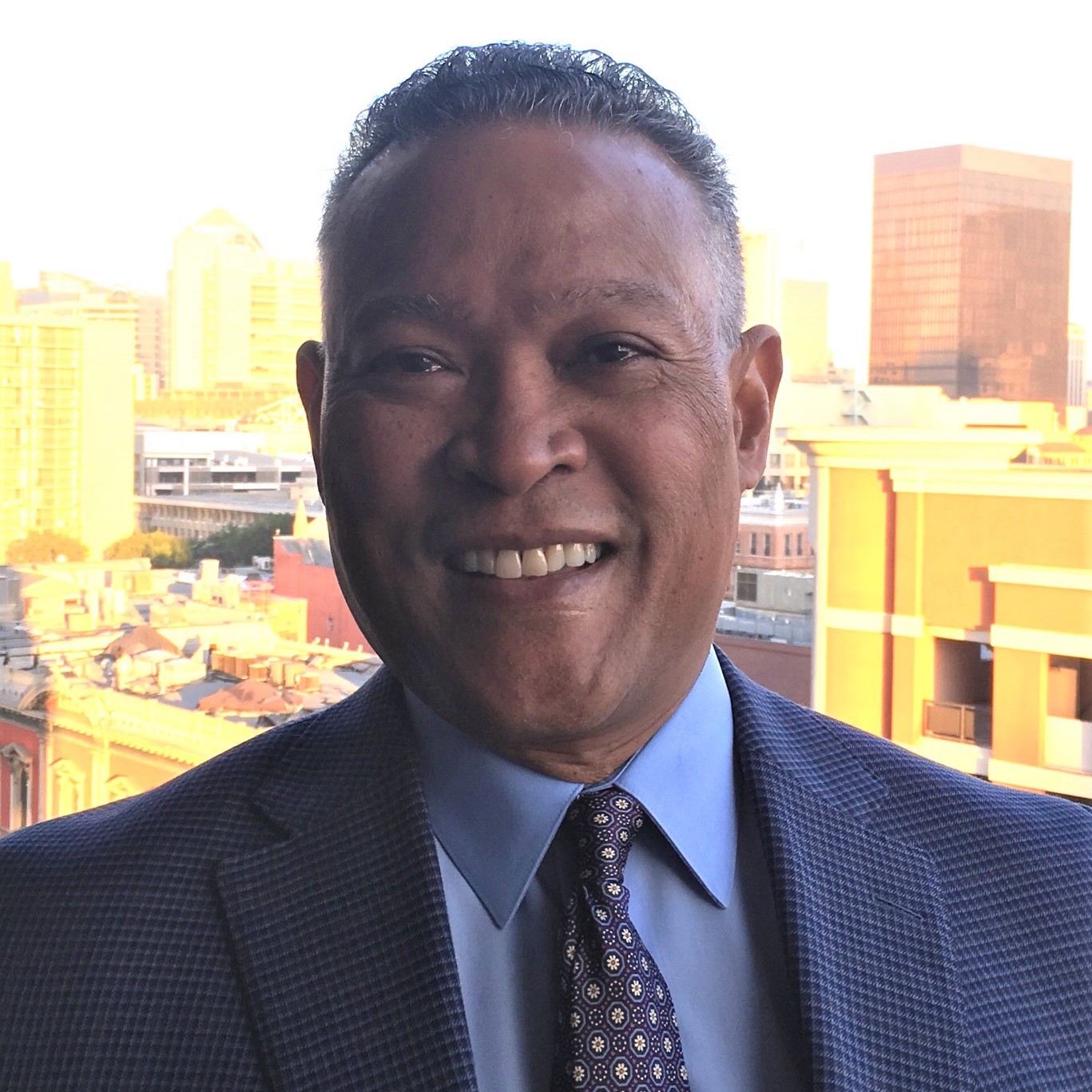 Dr. Alex Hosch joined the I Love A Clean San Diego board in July 2019. He has worked in the financial services, academics, legal practice management, and software development industries for more than 30 years. Alex is a Ph.D. graduate of Walden University, and he also has a Master of Project Management and Master of Business Administration from Keller Graduate School of Management. Alex loves to serve his community by participating in environmental and community clean-up events. 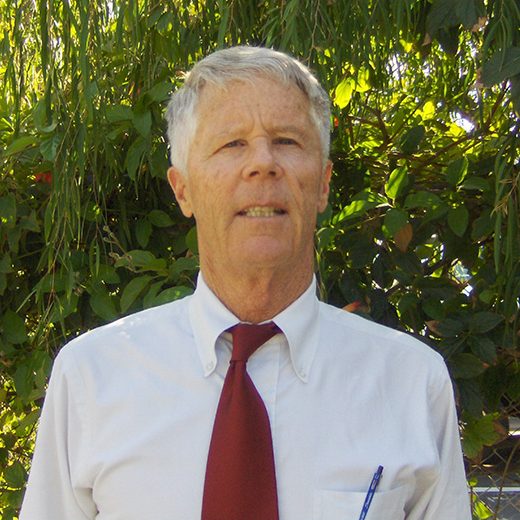 Bill Haines has been an ILACSD board member since January 2005. Before retiring recently, Bill was a commercial real estate broker with Cassidy Turley. Bill has been an active I Love A Clean San Diego volunteer and supporter of the environment for a number of years, including serving as a roving site captain of ILACSD’s countywide cleanup events. He is an avid volleyball player, surfer, triathlete, bicyclist and self proclaimed “beach rat.” He has also served as a member of the I Love A Clean San Diego marketing committee focusing on attracting corporate members. 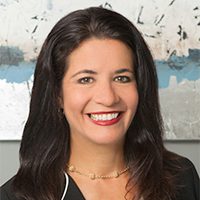 Denise is Vice President at The Clay Company, an advocacy and public affairs firm. She brings more than 25 years’ experience working in government, at both the state and local level, uniquely blended with community relations, communication, and advertising skills.

Throughout the years, Denise has served on various boards and commissions including the Honorary Deputy Sheriffs’ Association, California Women Lead, North Park Communication Association and was appointed by former Speaker Villaraigosa to serve on the California Domestic Violence Program Advisory Council.

Denise was born and raised in San Diego and can be found running Mission Bay, Hiking Cowles Mountain or biking the Bayshore Bikeway. 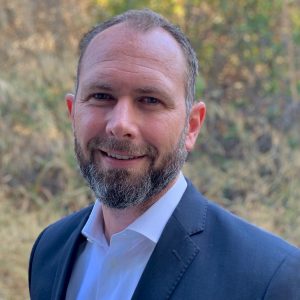 Bryce serves as Senior Legal Counsel at Mitchell International, Inc., providing contract review and negotiation in support of its software and services offerings to insurance carriers and other businesses in the property and casualty insurance market. Prior to working with Mitchell, Bryce served as in-house counsel for a financial services company in La Jolla, supporting its investment advisory and broker dealer services. Bryce graduated from Pepperdine University School of Law, and is member of the State Bar of California. He holds a BA in political science from the University of California, Santa Barbara. Bryce and his wife enjoy hiking and camping in the local mountains, and spending time on San Diego’s beautiful beaches. 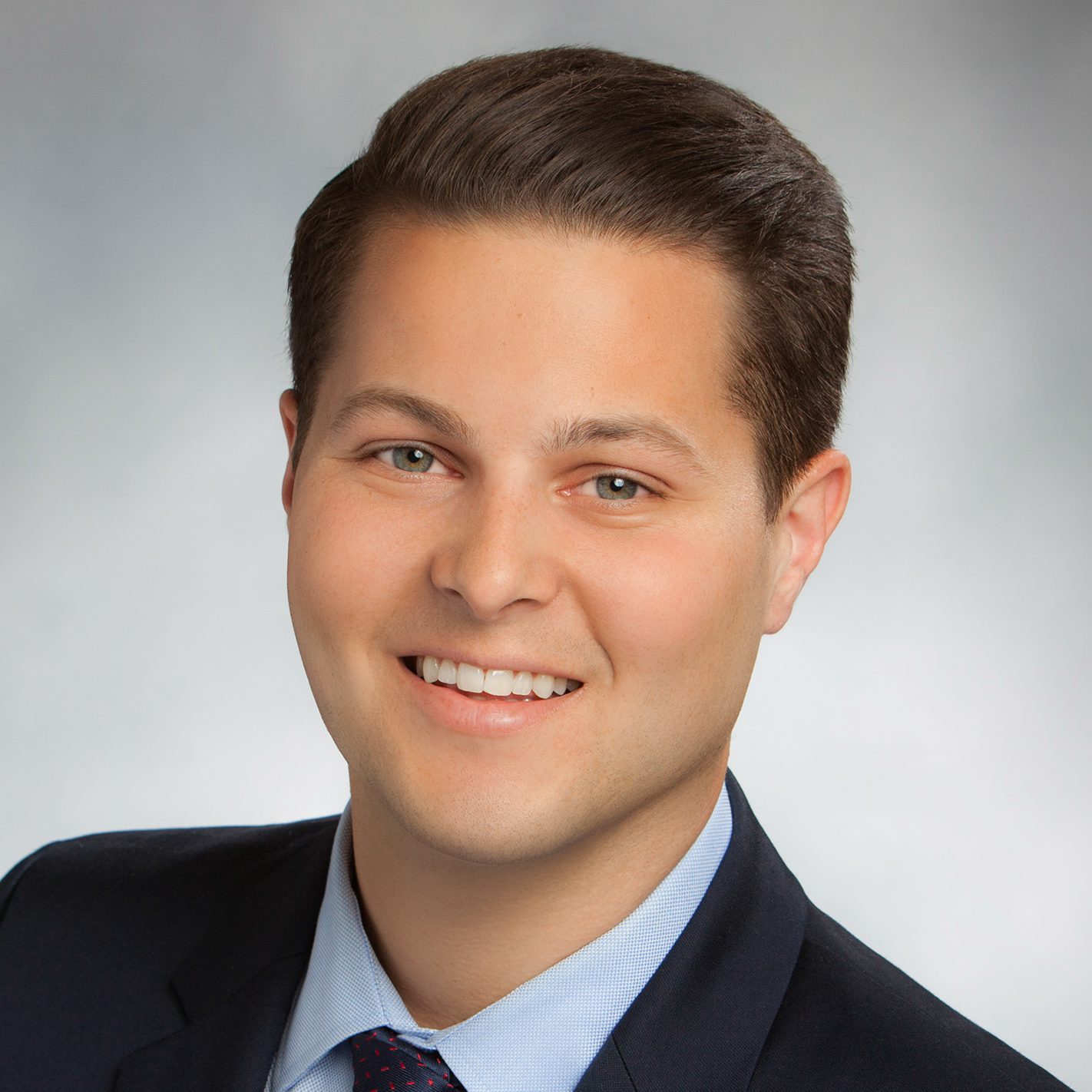 Kenneth Moore is an accomplished public affairs and communications professional with expertise in media relations, community outreach and strategic planning. As a Manager of Public Affairs with Southwest Strategies, Moore oversees multi-faceted communications campaigns on behalf of the firm’s clients.

Moore holds a Bachelor of Arts degree in Managerial Organizational Communications from Point Loma Nazarene University. Moore is actively involved with the San Diego/Imperial Counties Chapter of the Public Relations Society of America. A native San Diegan and resident of Downtown, you can find Moore exploring San Diego’s best restaurants, snow skiing, sailing or playing a set of tennis. 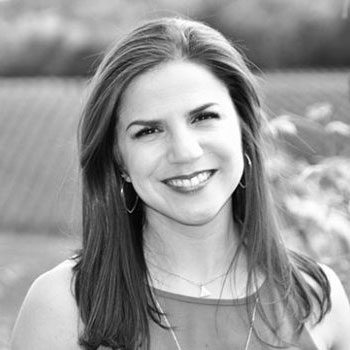 Michelle is a communications and change management professional currently working as an Organizational Development Specialist at Qualcomm. Michelle was first introduced to ILACSD in her previous role as Communications and Community Engagement Manager for Mitchell International, where she worked to build strong community partnerships and connect employees with causes they are passionate about. Michelle graduated from Ohio University and moved to San Diego in 2006, where she developed a passion for resource conservation and sustainability. She believes that small changes can have a big impact, and is excited to contribute to ILACSD’s vision of a zero-waste, litter-free, and environmentally engaged San Diego. 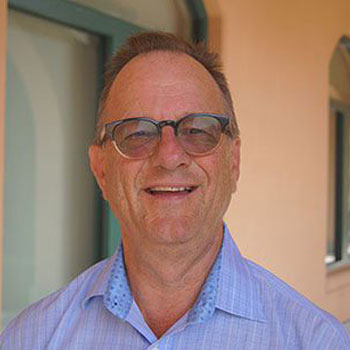 John S. Moot is a commercial and business trial attorney with 34 years of experience in the practice of law. He regularly prosecutes and defends large, complex civil cases in state and federal court in a variety of different practice areas, including construction and real estate, land use, breach of contracts, trade secret and fraud claims in all types of business disputes. Moot represents governmental agencies as well as private parties doing business with the government.

Moot has handled several high profile land use and civil political corruption cases, which have been reported on by different news outlets. He also has argued cases in California Supreme Court, the federal Ninth Circuit Court of Appeal and the State Appellate Courts.

Moot has a history of public service. He served six years on the Chula Vista City Council (1994-2000), two of those years as Deputy Mayor. Before that, he was on the Chula Vista Planning Commission. For 13 years – two as the Chairman, he served on the Board of Directors for the California Center for Sustainable Energy.

Moot was selected to University of San Diego’s Center for Public Interest Law Wall of Fame. In June of 2019, he received the United Consumers Action Network’s (UCAN) Public Interest Lawyer Award. Mr. Moot is a fourth generation attorney, where his father, grandfather, and great grandfather were respected members of Buffalo, NY’s legal community. 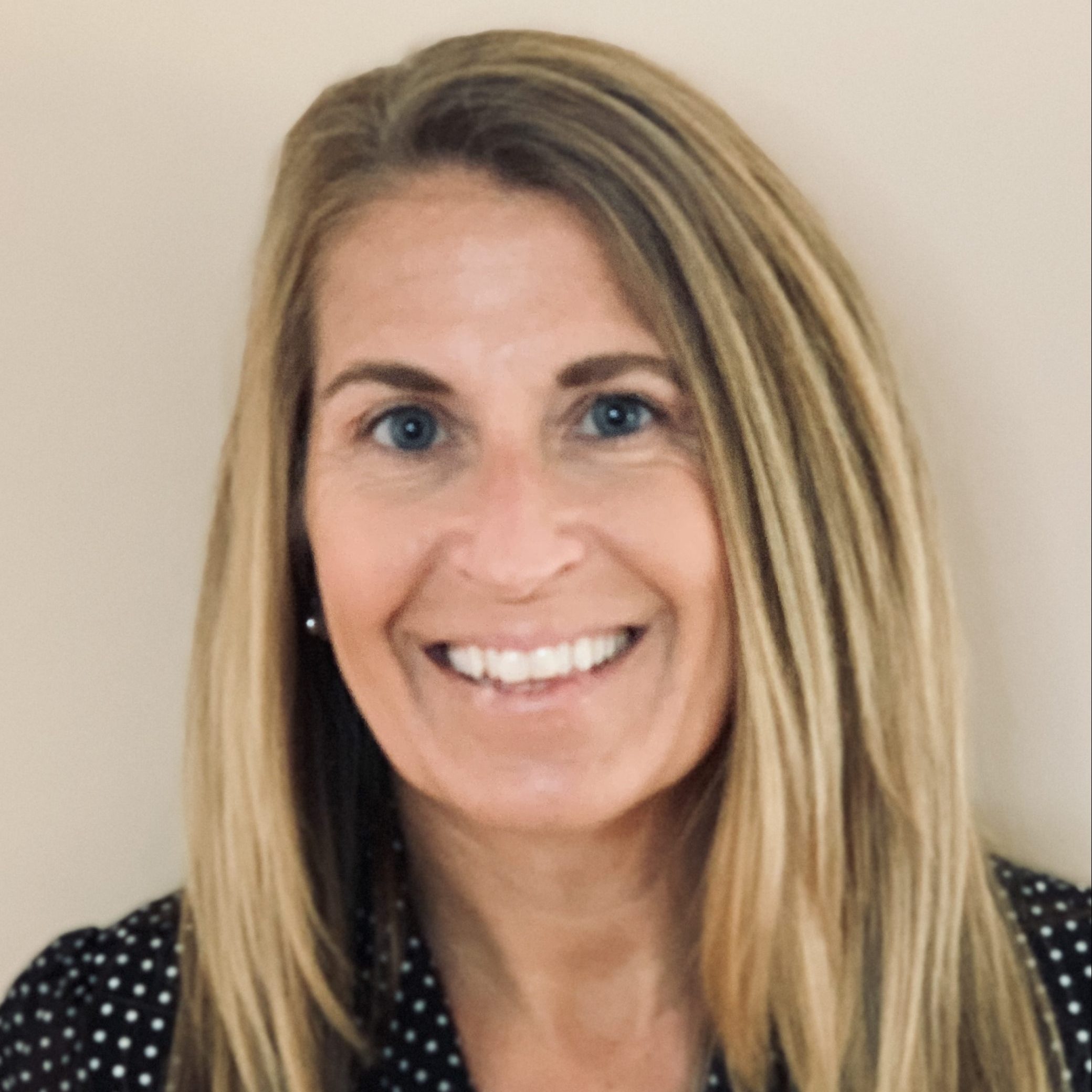 Shelly Murphy is a program management professional currently working as IT Staff Manager at Qualcomm. She brings more than 20 years’ experience managing large-scale complex programs for top-tier organizations in IT, sustainable energy, and telecommunications industries.

Shelly lives with her family in Del Mar, enjoys running and cycling along the beautiful coastline in North County, San Diego. 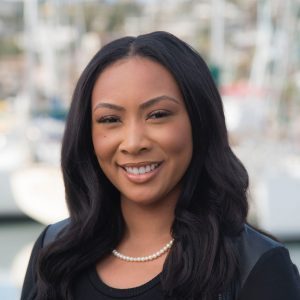 Corchelle serves as the Director of Membership and Events for the San Diego Port Tenants Association and was honored by the Port of San Diego in 2020 with the Michelle White Environmental Award. Corchelle serves in five Advisory Groups for the Port of San Diego including: Resiliency Working Group, Wildlife Advisory Group, Arts, Culture and Design, Environmental Advisory Group, and Maritime Forum. Corchelle graduated from San Diego State University (SDSU) with a degree in Public Administration in 2016 and since then has continued higher education by getting certified at SDSU in Meeting and Event Planning in 2019 and Marketing in 2020.